Or: the understanding of the concept of Time by the ancients

As shown in the pictures of the Bornholm stone carvings, the wheel cross was once a very important symbol. See also below:

Please notice that the ships and the lower of the two wheel crosses at Blåholthuse point 30 degrees NE, due to the fact that there was no real North star at appr. 1500-1600 BC, but the former North star (until appr. 2000 BC), Thuban in Draco, had wandered 30 degrees East. Our present North star, Polaris in Ursa Minor, became only the North star about year 0. However, the upper wheel cross is correctly oriented – so the deviation was known! All this is due to the precession of the equinoxes.

But another theory about the wheel croses at Blåholthuse can be read here. What the ancients really believed, none of us can know, but that the sky playes the utmost role for their understanding of the world, is a given fact.

Please read also my pages about stone carvings and measurements, where I go into further detail about the wheel crosses. See my menu on the left.

This symbol can be found all over the world, both from old and recent times 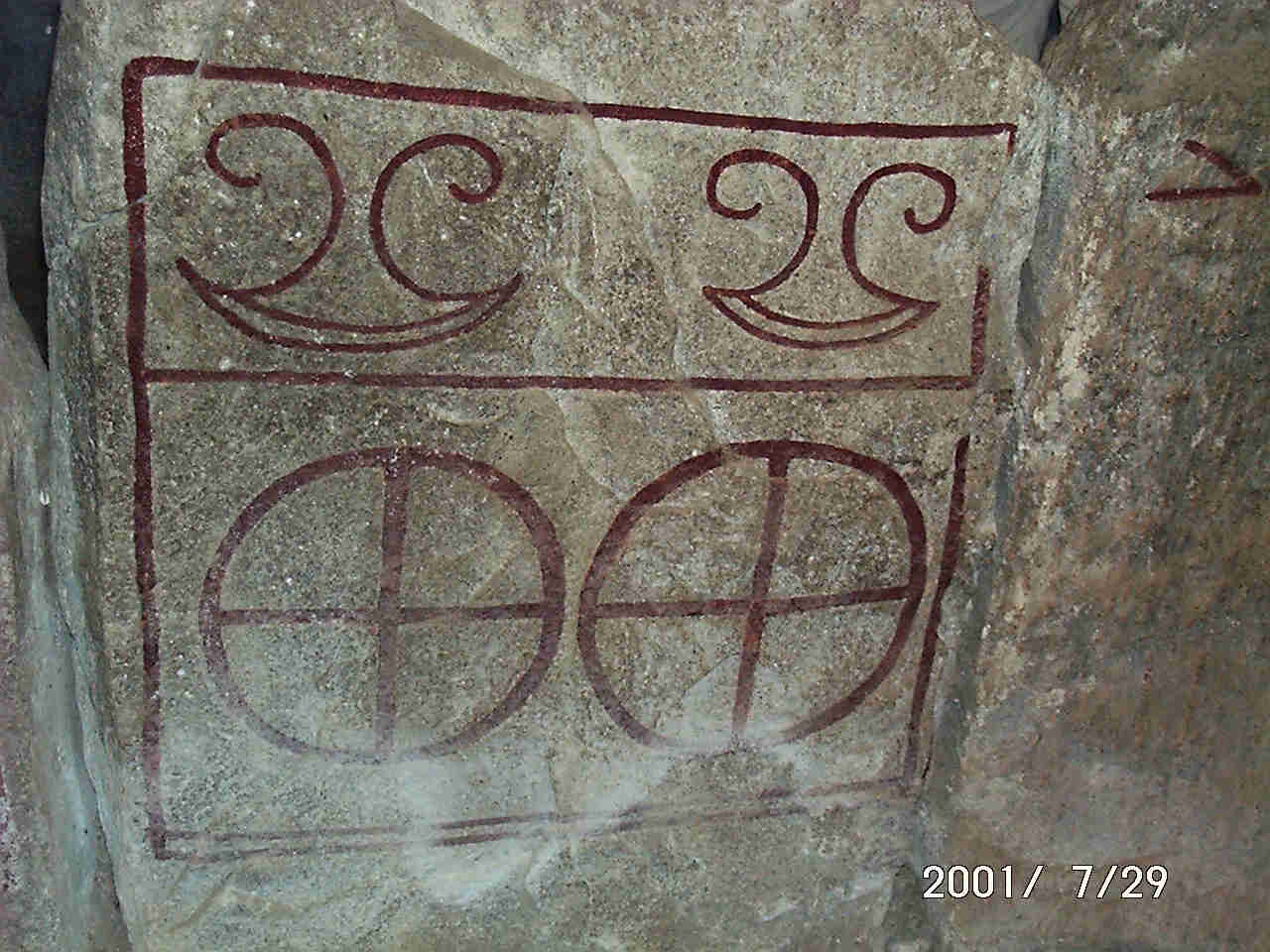 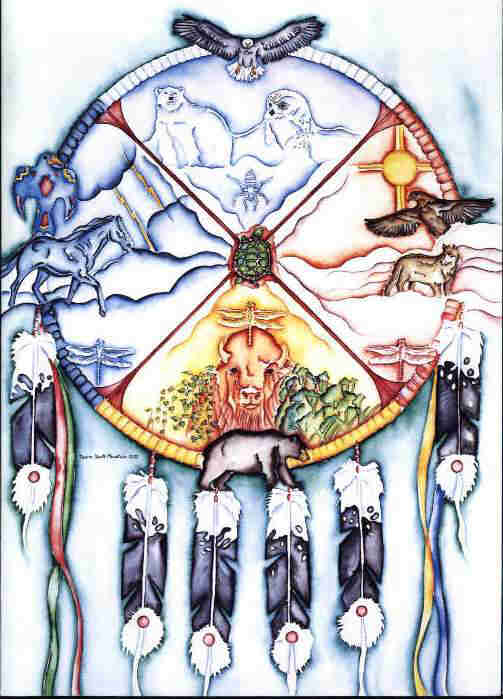 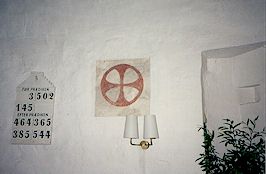 Why was and is this symbol so important?

The symbol The Wheel Cross is (besides Christian symbolism) of course the symbol of the four world corners and the four solstices:

These days have always been considered important 7 sacred, and the sacred “esoteric” New Year falls always at spring equinox.

This is where astrology comes in. Not the astrology known from magazines and other horoscopes ( I am Pisces etc.), but the sidereal concerned with the rise of the sun in the constellations of the Zodiac at spring equinox. That means what you can ACTUALLY see in the sky! The present magazine- and other astrology is outdated and has come down to us from the Age of Aries – see below. There, and only there, do constellations and signs correspond. Here I am not dealing with any concepts of tropic astrology.

Please also see my page about sidereal astrology in the menu to the left.

The wheel cross can be seen as a kind of a “cosmic clock”, dividing the 12 constellations (“signs” of the Zodiac, see below).

If you remove the 8 blue lines you have the four solstice points. As the sun moves through a zodiac constellation in appr. 2160 years, a socalled “world age” lasts about 2160 years. At the moment we are in the Age of Pisces, meaning that the sun rises in Pisces on Martch 21st – this may still last a couple of hundred years. After that we are entering the Age of Aquarius. So the four solstice points are the four world axis.

Here follows the positions of the wheel cross/ world axis through 4 ages of the world:

the Minoan bull, in Egypt Apis or Mnevis, winged bulls in Mesopotamia (the winged bulls are from the Age of Aries but their mythology much older)

Please notice that these symbols are equal to the symbols of the four evangelists, here to be understood that the angel = Aquarius (commonly accepted astrological interpretation)

The Ram of Amon i Egypt, the sacrificial rams in the Bible, ram’s horns etc.

Christ as a fish. The Fisher King in the Grail legends. Christ as “The Lamb of the World” can also be read as “the child of the Ram”.

Perhaps the Grail legends – the waterbearer pours the water of wisdom out for the seeker. The Grail is also wisdom, knowledge of the hidden. Please notice that now the world axis has turned one quarter from the Age of Taurus!

The middle of the wheel cross is the North Pole. The Earth does not lie “still” in its tilt (260), but wobbles slightly as a spinning top, leading to the shift of the Pole star during the “Great year”. At the moment we are fortunate to have Polaris in Ursa Minor, but ca. 2500 BC it was Alpha Draconis in Draco, and ca. 12,500 years ago it was Vega in Lyrae.

This also has the effect, that when the “wheel” turns ( the Sampo-mill in Finnish Kalevala etc.., devas and asuras turning the Mount Meru in India over the turtle of the world by the Naga-serpent, Thor attempting to lift the Midearth worm, the battle between Horus and Set etc.), the “abodes of the gods”, the eternal polar stars move also. And THAT is the end of the world – not the actual downfall of our planet, but the end of a cosmic age.

My conclusion about this must be that Time was the greatest mystery to the ancients, something sacred. In fact, the only possible way to measure time is by studying the sky: sun, moon and stars.

If you are to conserve important knowledge in a safe way, only oral traditions and records are truly safe. Paper may perish, stone tablets may crumble, languages change over time, letters become forgotten and change into new alphabets – but good tales, legends and myths contain the core of the ancient wisdom.