In the article about rocks I tell about some of the very oldest traces of life on bornholm, the Balka sandstone and the fault line at Natur Bornholm with holes and jellyfish trace fossils from the Cambrian, about 535 million years ago. Back then the world was populated only by aquatic creatures, and on our island we can find lots of fossils, especially at Læsåen stream on southern Bornholm. The banks of the stream are protected; but if you drive to Skelbro quarry near Sdr. Landevej on southern Bornholm, you have permission to look for fossils in the heap of rocks lying down there. I have personally found trilobite fossils twice there (see what a trilobite is here).

It is also quite common to find graptolites in the south Bornholm slate, characteristic black, flat stones with something resembling fern leaves, lying everywhere on the beaches. Graptolites, however, were not plants, but jellyfish-like animals. Here you see graptolites on a piece of slate, found near Arnager. Please notice the fine, fernlike traces. 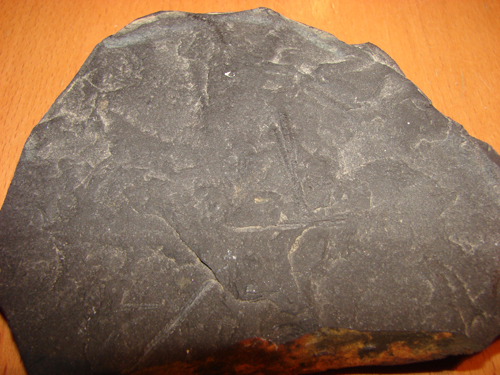 Fine fossils of ortoceratites – long "snail shells", belonging to an extinct type of octopus, one may also have the luck to find, especially at Skelbro and near the mouth of the Læsåen stream. In both cases the fossils are protected. But there is one place where you can study ortoceratites closer – namely in the floor of the arrival and departure hall at Bornholm's Airport at Rønne. Here you find quite a lot of them!

The first traces of life on land are found on Bornholm from the Triassic-Jurassic, about 240 million years ago. These are certainly from an exciting period – for then the dinosaurs began their reign on Earth. While the rest of Denmark during this period lay submerged under the sea, Bornholm and its surroundings were lagoons and islands with almost tropical temperatures. In fact, this part of Europe lay where Italy now is because of the plate tectonics.

On Bornholm has been found a number of fossilized plants, i.e. ginkgo, about 125 million years old. Of animal fossils bones have been found of pliosaurs as well as Jurassic turtles. These bones are on display at Natur bornholm.

But it caused quite a stir in 2000 when a group of fossil enthusiasts found a small tooth of the first Danish dinosaur (see my photo of the Natur Bornholm reconstruction here), a small raptor, that was given the name Dromesauroides Bornholmensis. 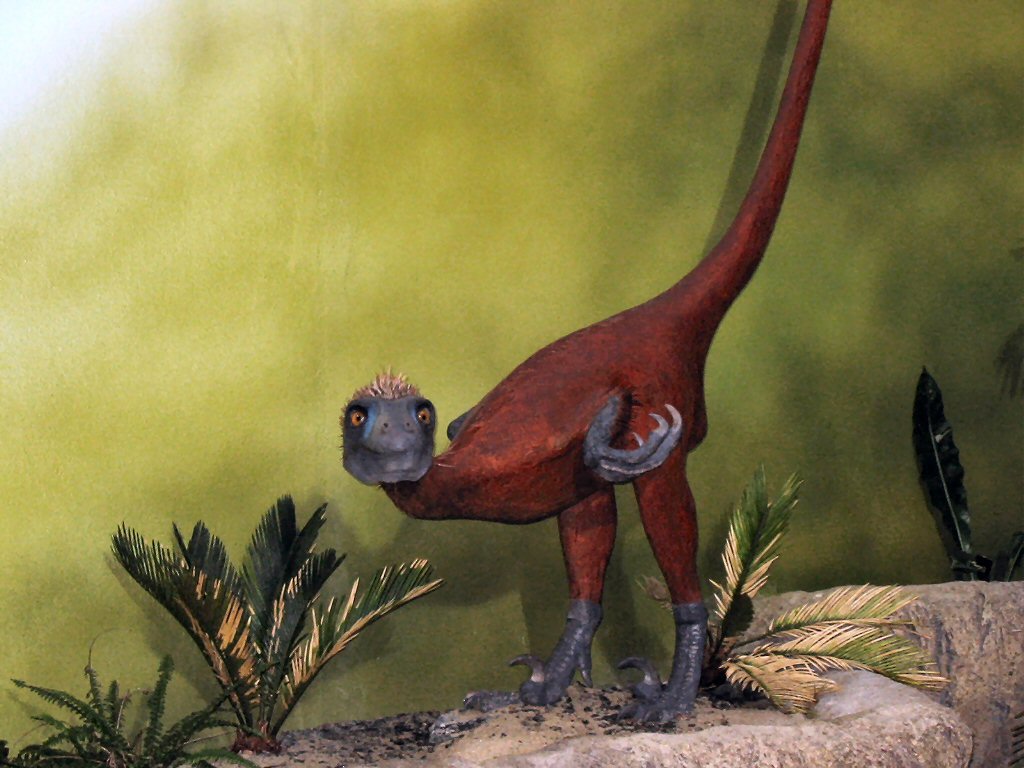 Later, footprints of two other dinosaur species have been found south of Hasle, presumably a kind of sauropod (longnecked herbivore, about 10 m. tall) and a species of ancylosaur, a very heavily armed herbivore.

Here you can see my photo from Natur Bornholm's exhibition as well. The fossil is in "negative" – that is, the foot prints point up, not down. And the footprint of the sauropod is appr. 70 cm. wide! 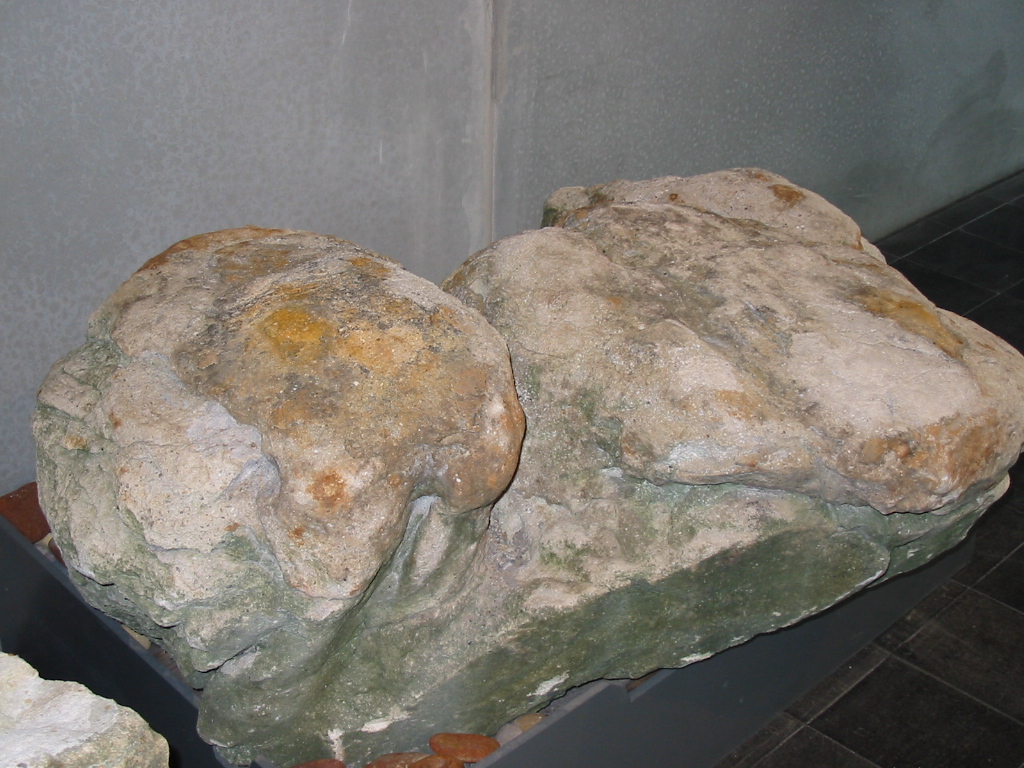 There have also been found very tiny teeth, a small mandible from one of the earliest mammals of the Late Jurassic period, a so-called multituberculate (which probably resembled a shrew or the like from today).

But during the Cretacious, when the rest of Denmark began emerging from the sea, Bornholm was submerged, and afterwards not many traces of life have been found.

In fact, we need to proceed to the time after the last Ice age, before Bornholm again resurfaces, this time as an independant island, and the first traces of life, including human activity, are found at Vallensgård bog south of Almindingen forest, where the oldest finds are about 13,000 years old.